Part 7: Who Is In Our Discipleship Process? 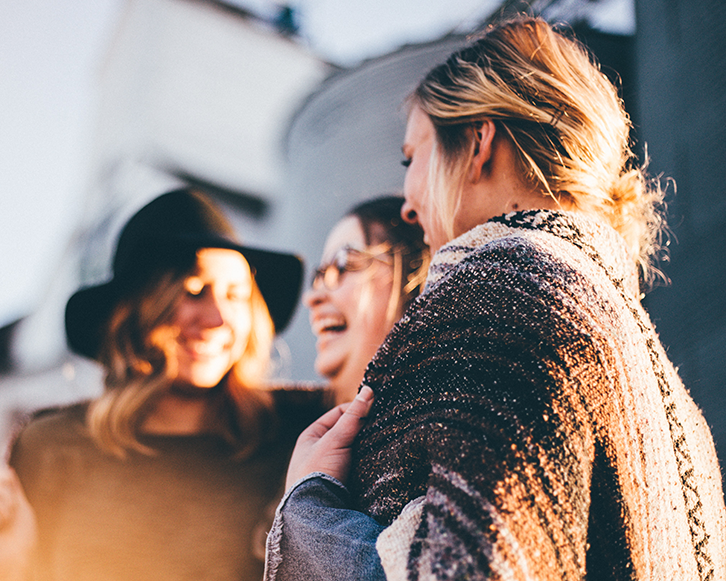 We’ve talked about a lot of philosophical things when it comes to building a discipleship culture. Next week, we’ll address some really practical issues and How-To’s. This week, I want to step outside the box for a moment and possibly push you to think differently about who is in your discipleship process.

This concept is something I’ve been working on, one way or another, for almost ten years. It began when I read that the best run churches in the country have around 50% of their people in small groups. Obviously there are outliers on both ends of the spectrum, but 50% seems to be a good barometer for participation. This number was really depressing to me and I started to think a lot about how to get a higher percentage of our people into a discipleship process.

So I took a step back and thought about what discipleship was, how we defined it, and what its aim was. Much of that thought process has informed this blog series, specifically how we define and measure discipleship.

It seemed to me that most churches were making a couple of consistent decisions about discipleship that I think are mistakes. These mistakes have led, in part, to 50% participation being a gold standard for participation in the one thing Jesus made clear was our main thing.

There are three ideas that have shaped the way I think about discipleship. These are philosophies, but as you’ll see, they have immediate practical implications.

But, the result of this sometimes difficult process is a transformed life. And that should be an easy sell. So – and I don’t mean this to heap shame or guilt on you – if people aren’t engaging your discipleship process, it might be your fault, not theirs. You may not be providing real value to them and they know it.

Think about it like a gym. A gym doesn’t sell curls and deadlifts, it sells a fit body. That’s the promise. Curls and deadlifts aren’t the fun part (for normal people), they are the cost you have to pay if you want to look and feel good. The gym is covered with pictures of the results, not the process. They are selling a promise that if you use them, you will get the results you want. This is not dissimilar from discipleship. If people do the work, they will experience the life they want. You are the purveyor of spiritual fulfillment and life satisfaction.

Which is why we talked about measuring results and not just participation. Talking about how many people go to your gym doesn’t sell the gym. Talking about how many people have transformed their bodies sells the gym. We have to talk about the results of discipleship in order to give people a picture of the goal. I look at the pictures of the guys with six packs while I do sit ups because sit ups are terrible and I don’t want to do them. And they don’t immediately produce results, so we have to have the result shown to us over and over so we can rationalize the pain of the process.

Of course we still need to measure participation and talk about it, but if we ignore the outcomes and never talk about them, we will struggle to get participation. You have two advantages that the gym doesn’t have.

First, many people in your church have an expectation that they will participate in what you do. Whether that comes from guilt or experience or whatever, they expect there to be groups or classes or something. That gets them in the door. But as they say, the first purchase is marketing, the second purchase is value. You may get them to start but they won’t stay if you don’t demonstrate real value.

The second advantage is the bigger one. The Holy Spirit wants people to grow and be transformed. The Spirit convicts, prods, leads and transforms along the way so that the meager efforts of our discipleship is multiplied far beyond what we deserve.

And, you need to know that every single thing you do is discipleship and you should shape all of it to that end. Discipleship is formation, it’s drawing people nearer to Christ so that they are changed by his grace. So, what forms people? Habits, words, practices, architecture, process, music, structure, media, sermons, classes, groups; literally everything. Every single thing about your church informs people about what you believe about God and his world. Everything. From the moment they walk into your church or click your website, you are forming their understanding of who God is.

So, you should think about every single part of your church as a tool for discipleship. Do this with your team: make a long list of everything you do as a church. I mean everything. All of it, the big stuff, the little stuff, the dumb stuff and the good stuff. Write it all down. Then ask yourselves how it disciples people. Some of it is more obvious, like sermons and music and kid’s ministry. Some of it is more subtle like the words on our signs, the position of our greeters, the cleanliness of our parking lot. Everything we do says something about who we believe God is and what he cares about. It says something about who we believe we are and what we should care about.

So yes, have a discipleship process but don’t neglect the truth that everything you do forms people’s understanding of and love for God.

I’ve had a hard time communicating this concept in the past. I still have one elder from a previous church who doesn’t get it. This idea flows from the last. If everything you do is discipling people, then everyone you are in contact with is your disciple. This is more of a mindset shift than anything else and it will be easier to accept for those of you who lean to the organic, unstructured side of things.

The idea is this: everyone is in, no one is out. You are discipling everyone, not just those who have signed up for something.

In math, there are two ways to think about the relationship between groups of numbers; Center Set and Bounded Set. I write that confidently not because I’m a math guy but because I know I’m writing to pastors and you won’t fact check me.

This is how we think about small groups or traditional discipleship. People are either in the number set or they are out. They have either opted in or not and if not, they are treated as such. There is a clear distinction between those in the group and those out of the group. We set up some perimeter of expectation (attendance, sign up sheet, etc.) and define the group accordingly.

Another way to think about numbers is using a Center Set. Let’s use zero as our center again. In a Center Set, every number is in some relationship to zero. Some are very close (like 1) and others are very far (like a gillion, according to my son), but they are all in some relationship to zero. No number is “in” and no number is “out.” This is closer to how I would propose you think about the people in your church. Everyone is “in” and no one is “out”; they simply have different relationships to “zero,” or in our case, Christ.

Here are three quick reasons that I think this is a better way to think about this stuff and then some practical application.

First, there is no benefit to telling someone they are out.

Instead, welcome people as if they are in, affirm the steps that they have taken and talk to them like they are already members of the family or at least honored guests. Don’t call them Christians if they aren’t Christians, but call them friends and treat them like guests on your front porch. In other words, invite them in, get them a seat and a drink. Draw them further in, don’t define them by the fact that they are starting on the porch.

Second, our perimeters are arbitrary.

The first point should have been enough but I'll add two more quickly. First, we draw arbitrary lines around things and then define people based on them. Why would we do that? How much do people have to give/serve/attend in order to be in? Can someone give/serve/attend but because they didn’t fill out a membership form and go to one particular class, they can’t be members? If someone comes to a small group once a month, are they in or out? My argument is that if we treat people like they are in, they will increasingly act like they are in. If we treat people like once a month simply isn’t enough to really be considered in, they will likely not come at all.

Third, people think they are in.

We have all met someone who tells us that our church is their home and they’ve been coming for years but we have never seen them in our lives. A person’s perceived relationship to a church is often quite different from our perception. They don’t know our expectations, so they don’t meet them. But for them, our church has been their home. It has meant something to them, even if they haven’t meant much to the church. What is the advantage of telling them that they are out? That unless they are in a group or a class or have gone through membership that they aren’t really a part of us?

Now, some of you don’t like what you are reading. I get it, you care a lot about membership or you are a stickler for rules and this sounds like I’m just telling people that they can do whatever they want and we’ll never challenge them. That’s not it at all. If you knew me, you’d know that I’m not laissez faire about anything. In his book, Letters to Malcolm, C.S. Lewis is talking about prayer and specifically about not wanting to do so. He tells Malcolm to “begin where you are.” Of course, there is no other place from which a person can begin, though we act as if that’s not true. I remember getting into a fairly heated argument with another pastor because he said he was only interested in nonChristians and really committed Christians and had no time for mediocre Christians. This idea was and is ridiculous to me.

Does a person simply go from nonChristian to Committed Christian overnight? Are there not a thousand steps in between? And are those steps linear? No, they are haphazard and inconsistent, full of plateaus, valleys, backsliding and glorious breakthroughs. Today’s lukewarm Christian is tomorrow's committed one, but only if the church thinks of them as in and challenges them to begin where they are, and to take the next step.

This has become a mantra for me when it comes to discipleship. Begin where you are, and take the next step. People are all over the place when it comes to their faith. Telling them that they can’t be in unless they cross certain arbitrary boundaries is a great way to not put someone in a position to take the next step. So yes, challenge people to deeper and deeper discipleship, but also acknowledge that they can only ever begin where they are.